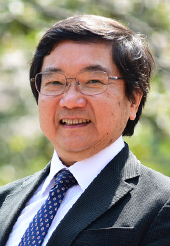 The Yamada Science Foundation was established in 1977 with a generous donation from Mr. Kiro Yamada, then President of Rohto Pharmaceutical, with the aim of supporting unique basic research in all fields of natural sciences. Since its creation, the Foundation has a long history of promoting basic research by providing research grants, holding scientific meetings and supporting international research collaborations.

What is “basic research”?

It has been argued that scientific achievements are hypotheses that explain observed phenomena, and must be falsifiable. There is no hypothesis or theory (scientific achievement) that can definitively explain everything that happens in the real world. In this sense, the degree to which the results obtained through scientific research can explain universal phenomena depends on the scope of each hypothesis or theory. Some results are valid only under very limited circumstances, while other results, obtained over time, may explain more universal phenomena. There are many possible answers to the question of what basic research is, but I believe that basic science is the effort made by scientists to understand the world by obtaining stronger and more universal theories. Basic research is an endeavor for those with an innate curiosity and desire to understand natural phenomena, and an essentially boundless activity carried out over many lifetimes.

Unfortunately, competitive research funds provided by the government are now, more than ever before, primarily focused on applied research to solve individual problems. In these conditions, we here at the Foundation feel an even greater responsibility to provide grants for basic research based on free ideas. We will continue to support scientists of all ages and backgrounds who are devoted to basic research. We look forward to working together with you in the future.